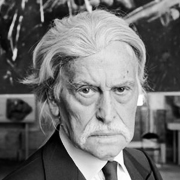 After a training in literature, law and philosophy at the Lille University, Georges Mathieu (1921, Boulogne-sur-Mer – 2012, Boulogne-Billancourt) start to paint in 1942.

In 1947, with Jean José Marchand, he created the term ‘ lyrical abstraction’. Georges Mathieu published several manifestos about this movement. Speed, refusal of references and a ecstatic spirit are primary for him.

His artworks are distinguished by calligraphy and rythm, indeed, Malraux will named him the ‘western calligrapher’. In 1950, Georges Mathieu created his first tachist paintings and began to associate his artworks to titles inspired by French History.

From 1980, he gives up the central figure for a larger palette.

In parallel with his artistic activity, Georges Mathieu was editor in chief of the United States Lines Paris Review. The artist is also well known as a theorist thanks to his essay Au-delà du Tachisme published in 1963. 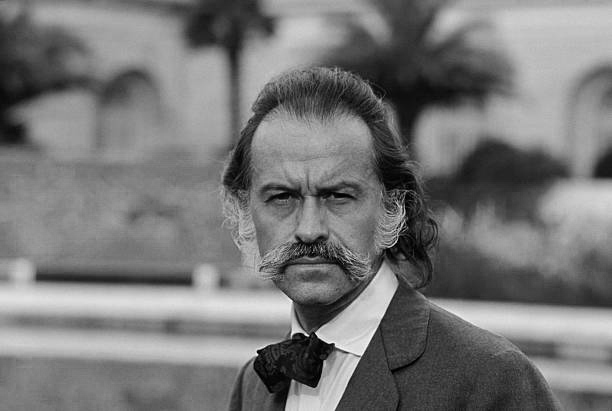