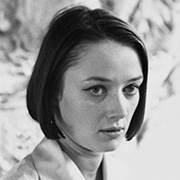 For more information on available artworks by this artist, please call us at +32 2 347 18 49 or send us an email at ap@alienorprouvost.com

«I started painting with the insane … I discovered the dark universe of madness and its healing, I learned to translate in paintings my feelings, fears, violence, hope and joy »

Niki de Saint Phalle was a French artist famous for her voluptuous female form of the «nana», meaning «chick» in French. Colorful, these sculptures embodied the artist’s feminist spirit.

Her aristocratic Catholic family moved to the US in 1933 after her father lost his wealth during the Great Depression. From 17 to 21 years old Saint Phalle worked as a model but gave up this modeling career to devote herself to artistic creation.

In 1950, she married Henry Matthews, an author and childhood friend. Two years later the couple moved to Paris and traveled extensively in Europe, gaining exposure to art by the old masters. As she worked on brightly painted sculptures of animals and human figures, Saint Phalle conceived the idea for her Tarot Garden, a sculpture park inspired by the work of Antoni Gaudi, especially the Parc Güell she saw in Barcelona. The project she would complete in Tuscany much later in her career.

In 1953, the artist was diagnosed with a serious nervous breakdown and hospitalized in a psychiatric facility. The electroshocks she was treated with altered some of her memories. Having had a traumatic childhood and education, the self-taught artist made work of art as a form of therapy.

In 1956, she met Jean Tinguely at the Musée d’Art Moderne in Paris. She divorced her first husband and married Tinguely in 1971. In 1961 took place her first staged public « Tirs » performance where she shot  with a gun at reservoirs of paint that put on the canvas. After this, she got asked by Pierre Restany to join the Nouveau Réalisme movement, thus becoming the only female member of the group. 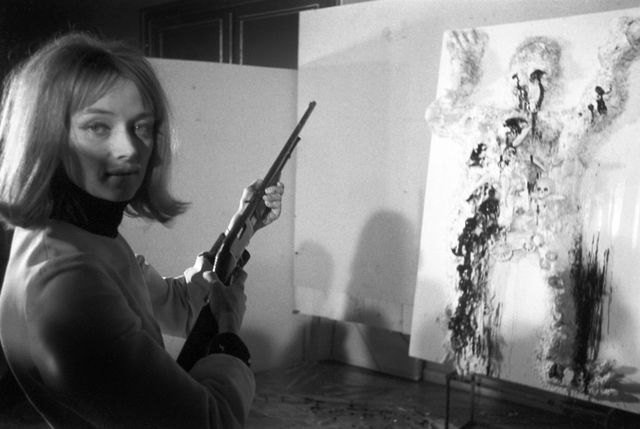