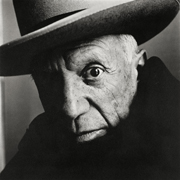 « Every act of creation is first an act of destruction. »

Pablo Picasso was born in Malaga on 25 October 1881, the son of an art teacher. He grew up in Barcelona, showing artistic talent at an early age. In the early 1900s, he moved between France and Spain before finally settling in Paris in 1904. There he experimented with a number of styles and produced his own original ones, reflected in his ‘Blue’ and ‘Rose’ periods.

In 1907 Picasso painted the revolutionary work ‘Les Demoiselles d’Avignon’ that introduced Cubism. Picasso’s next major innovation, in 1912, was ‘Collage’, adding pieces of cloth, newspaper or advertising to his paintings. Picasso now moved from style to style, experimenting with painting and sculpture and becoming involved with the Surrealist movement.

In 1937, he produced ‘Guernica’, a painting inspired by the destruction of the town in northern Spain by German bombers during the Spanish Civil War. Picasso supported the Republican government fighting General Francisco Franco, and never returned to Spain after Franco’s victory.

Unlike many artists, Picasso remained in Paris during the German occupation. From 1946 to his death he lived mainly in the south of France. He continued to produce a huge variety of work including paintings, sculptures, etchings and ceramics.

Picasso was involved with a number of women during his life who were often artistic muses as well as lovers. He had four children. On 8 April 1973, he died of a heart attack at his home near Cannes.
Three museums are dedicated to the artist’s work in Paris, Barcelona and Málaga. 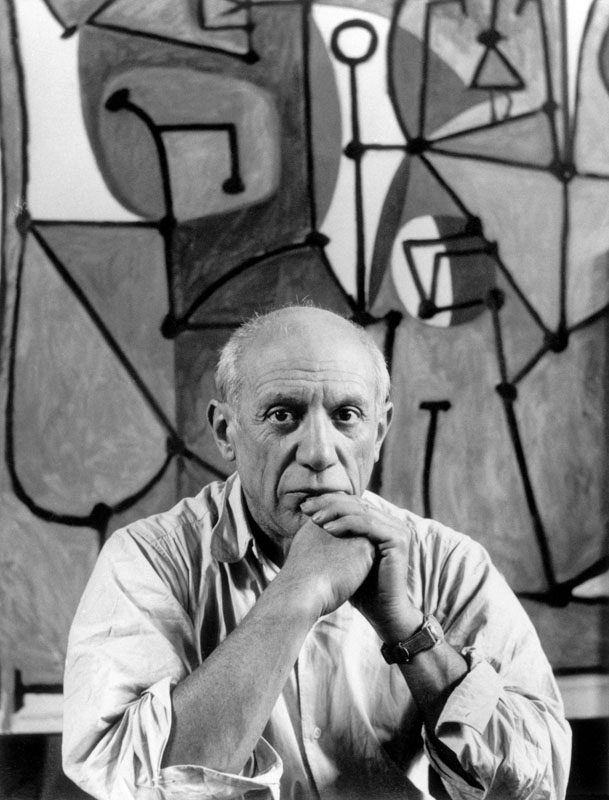